Given my hard wired natural inclination to see the worst in pretty much everything from the laughter of a small child (piercing/creepy at best/soon to give way to tears/it still stinks) to the bright beams of a summer day (pollen count probably going to be high/sunburn/sweat/squinting) I often have to work hard to add even a dash of positivity to my reviews even when I like a pub. In the case of this establishment I’ve allowed several days to pass in order for my initial irrational rage to subside in the vague hope that I might remember something I liked about it other than ‘the toilets smelled pretty nice’.

The Bear and Lace was always going to have a tough job convincing me it was anything other than a travesty given it has been built in the carcass of Nottingham’s foremost karaoke establishment ‘Chambers’. To picture ‘Chambers’ imagine the sort of pub where on St Patrick’s day it’s busy by 11.05am, everyone is battered and no one is Irish; then add a karaoke booth staffed by a mullet sporting failed local DJ and you’re there. Given the new owner told the local paper he wanted to ‘embrace Nottingham’s history’ he could have at least kept the 90’s quiz machines at the back; but no.

Starting from the back, and with a positive I will concede that the toilets are much improved upon and smell jolly nice. However I’d make sure you establish which is gents/ladies before you’ve had a few as the paint splodges on the door don’t really scream any particular gender and could result in Mr Bean style comedy and or a conviction for something that’ll get you on a register in the heat of a urgent bladder moment.

Adjacent to the bogs is what I can only assume has been intended as a romantic dining zone. The catastrophic downsides of this ‘area’ are; there is only one table in it and that fills most of the space, it’s enclosed on all sides by walls or a curtain and has a very low ceiling. Presumably this is being advertised mainly to deipnophobic & agoraphobic masochists who have a particular thing about banging their elbows.

Décor throughout is reasonably inoffensive even if it’s a bit twee; the ‘bears wearing bowler hat lamps’ and ‘rustic’ roll of brown paper sign apparatus were particularly cringe inducing. Lace understandably graces the walls as Nottingham was once famous for producing the white chintzy horror. The origin of the eponymous bear is apparently due to the nearby (20 miles away) Sherwood Forest even though the last bear in England died hundreds of years ago and is no longer an oft stumbled upon resident of Nottinghamshire. Presumably ‘The Body Discovered by a Woman Walking Her Dog Yet to Be Identified & Lace’ wouldn’t fit on the top of the menus.

To top all this off it was exorbitantly expensive and surpassed even London pricing. Nottingham in parts is admittedly fairly swanky and there are pubs & bars located in the Hockley or Lace Market areas which could demand £45 for four bevvies but this isn’t one of them. Squatting between an estate agent and a Tesco Express with a four lane road dividing it from the city centre it’s linked to by a dodgy street lined with a chippy, tanning salon and a pool hall; The Bear and Lace has dangerously misjudged its location.

The champagne quaffing set who’d be charmed by the ‘quirky’ phrases on the walls and who won’t nick the hand soap are on the other side of town nipping into Reiss & Paul Smith. Over here the clientele are getting off the bus to head to Games Workshop or the local ‘Welfare to Work’ offices. If they get rid of the natural light, drop the prices and get a copy of Singstar this little venture might just live but I fear it might take more than that.

So; did we like The Bear and Lace….? Does the Pope shit in the woods? 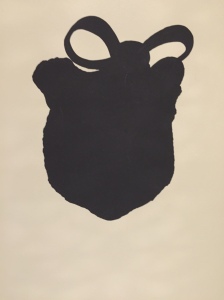 2 responses to “The Bear and Lace (Nottingham)”