I’m not sure I’m going to write this review.

On one hand the subject has a distinct advantage, having been subject to numerous visits in all seasons at all times of day over the last 12 months. In theory this should make for a more rounded review – enjoyed pints acting like a social Polyfilla over any unsavoury experiences. On the flipside, a variety of visits could lead such a high level of internal dissatisfaction that this review is going to burst from my fingertips like a churning pyroclastic flow, chewing up every bar stool, knocking over every pint glass and leaving nuts floating in drip trays like a really zoomed out scene from the film Life of Pi.

Usually on this blog, pubs get one shot. Why is this one any different then? Simply, because I’m not sure if it’s a pub, hence not deserving of a review by us raiders who stick clearly to the mission of “honest reviews of proper pubs”… Let me lay out my quandary…

First up is the name; The Crown Hotel. Befitting of a hotel, they allow people to stay the night in a private area in exchange for a previously agreed upon fee.

Second up is the food situation. Whilst claiming to do pub food, and it is broadly pub fare (all be it slightly high end) – meat, burgers, fish and chips etc, this is usually served in a separate area of the establishment. I believe you can eat in the bar area, but to me a separate place to eat at the very least hints at bistro, or a semi-restaurant. Is that a thing? I think this was also raised in The Cosy Club… the lines are blurred.

My third reason for suspicion that this is in fact not a pub is that it doesn’t really feel like a pub. Despite having a decent selection of ciders and ales on offer and lots of nuts and stuff, It feels more like a wine bar. A recent trip saw a bar man recommending a twist on a drink someone was ordering. This was more along the lines of, “drop of Campari in your G&T will give it an extra jusch, madam!?” than it was, “blackcurrant in your Old Rosie makes you less likely to be sick, pal.” The only drinks recommendation that I want from my barmen is that I should have one, and possibly another just to be safe.

This place does have an excellent outdoor drinking area, complete with TV on which they show all sorts of sport. I know sport/TVs usually get a thumbs done on raids, but is there anything more enjoyably British than sitting outdoors in a surprisingly warm June air amongst equally sun-burned strangers watching another sporting hope ejected from Wimbledon? Again though, this place has more hint of wine-garden than it does beer-garden. I think I’ve even seen table service!? This isn’t France!!

All in all, I don’t think this place warrants a review. It’s well worth a drink outside in the summer, less so in the winter. But it isn’t a proper pub, so I don’t think I will review it after all. 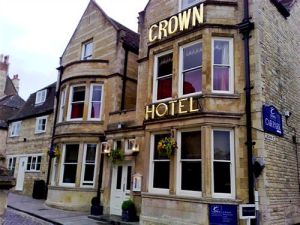